The United Kingdom is located on the continent of Europe, and includes England, Scotland, Wales and Northern Ireland.

Great Britain (England, Scotland and Wales) is fully surrounded by water, with the Atlantic Ocean on its west, the North Sea on its north, the English Channel to the south and the Irish Sea to the west. The Irish Sea connects Great Britain to Northern Ireland. 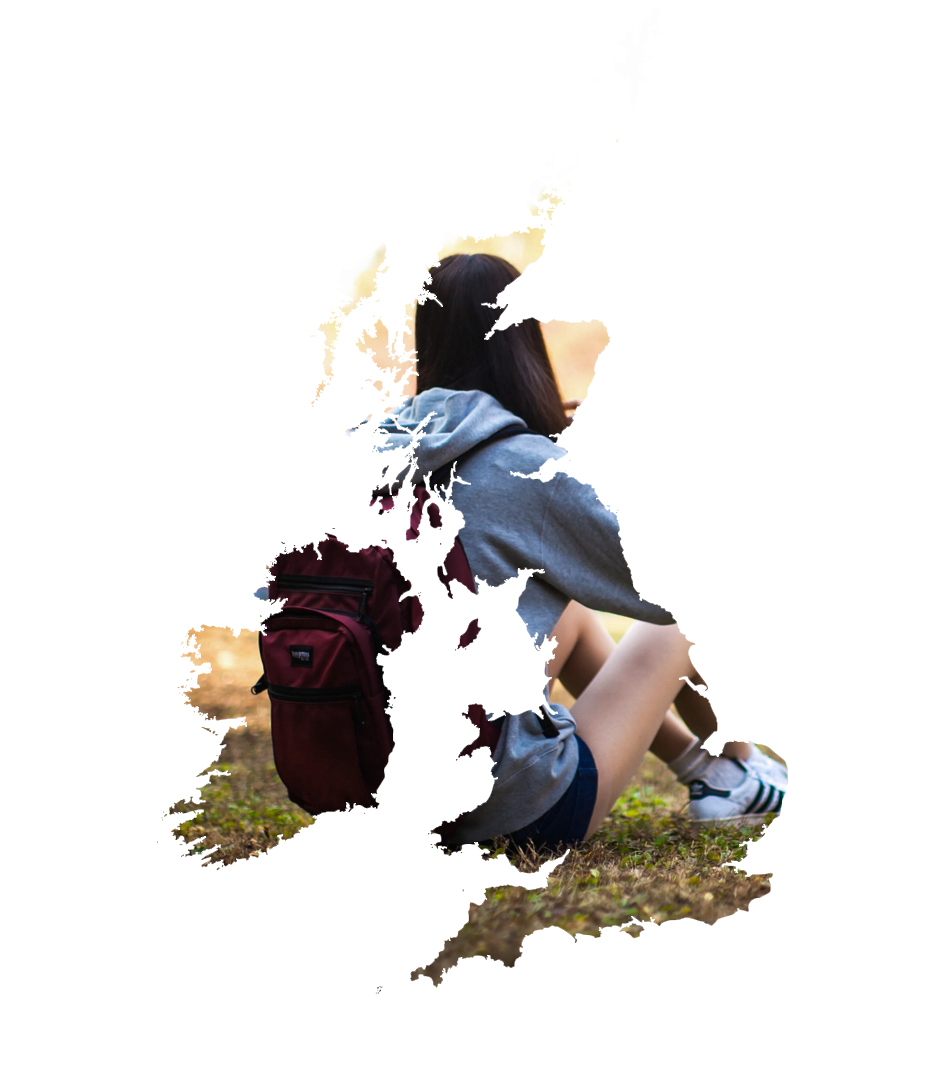 UK AS A DESTINATION FOR INTERNATIONAL STUDENTS

2UK is a place of contrasts and culture with ancient buildings standing alongside contemporary architecture.The cultural diversity of life in British higher education is unrivalled. From cosmopolitan cities like London, Cardiff, Briminghan, and Glasgow and many others, to the ancient cities like Edinburgh, Lancaster and Chester, students get a mix all all cultures to explore.

3British education websites provide students with access to the Course Search database containing details of around 38,000 courses from archaeology to zoology from undergraduate, postgraduate to Doctorate level studies.

4UK universities are inspected regularly to ensure that they uphold the high standards of teaching, learning and research set by the Government. The Quality Assurance Agency for Higher Education (QAA) is the key body charged with maintaining these standards.

5All level courses right from Bachelors, Masters and Post Doctorate in the UK tend to be shorter as the same offered in other destinations which helps international students to keep the cost of tuition fees and living expenses down. UK follows a 3 year undergraduate pattern except Scotland and a 1 year Masters pattern unlike most other countries with longer durations and thereby higher cost involved.

6Typically, international students enrolled with any of the UKBA recognised universities are allowed to work for up to 20 hours a week during term time and full-time during holidays. This gives them an extra earning support which helps many students at times manage their living expenses as well during their study stay period.

Undergraduate level - 3 years Bachelors and 4 years Bachelor Honors. UK also has a lot of sandwich courses for 4 years at UG levels with a one year internship incorporated to give international students hands on experience as abort of the curriculum.

University preparation programs - UK education system offers international students progress to universities they are aiming at by bridging programs that help them get the requirements met of the Universities they are currently not eligible for. These are offered at UG levels in the form of Foundation upto 1 year programs and PG levels in the form of Pre Masters upto 6 months programs.

PHD /Doctorate - There are many international students who aspire studying in UK for their research programs as UK offers a more flexible and lesser duration for them to complete their program.

Foundation / Pre Masters - These are more based on the duration of the course however ranging from GBP 12000 fmto GBP 20000 for Foundation courses and GBP 8000 to GBP 15000 for Pre Masters.

There are lot of variations in the living expenditures incurred by students basically depending on the locations up to their lifestyles.

However on a general twin sharing basis any student would require around GBP 500 to GBP 700 for their monthly expenses including rent, good and miscellaneous. This could go as high as GBP 1500 per month based on their lifestyle and the location.

All International students coming from any non English speaking country have to meet a mandatory requirement of an English language test.

An IELTS score of overall 6.0 with no bands less than 5.5 is a mandatory requirement of all UG level courses.

An IELTS score of overall 6.5 with no bands less than 6.0 is a mandatory requirement of all PG level courses.

All Students with equivalent PTE scores to IELTS are also accepted in all universities across UK.

All international students are officially allowed to work part-time 20 hours a week during course time and 40 hours during vacations.

UK institutions have a very flexible mode of course delivery as many universities accept Studebt almost year round with more than 4 to 5 start dates.

Although majorly universities in UK have all courses starting in the month of September with few following up in January and April.

On successful completion of the course the student has a good enough time of 4 months as a job search visa. This is the time where most international students manage getting the work visa applied and continue working in the UK on a longer duration.

Spouse visas are applicable in the UK and there are many who has been accompanied by family and children.

UK visa rules are much more simpler for most Indian students. Student needs to show the complete tuition fees deducting the already paid amount and adding a living expenditure of GBP 9000 TO GBP 12000 a year. This total amount has to be shown only for a period of 28 days before the Studebt fikesvthe visa application.

In other words UK visa process are much in favor of Indian students as compared to the other destinations wherein the student needs to work on maintaining funds for months.

The United Kingdom, popularly known as Great Britain, or simply as the UK, is one of the most Influential, powerful, and richest countries in the WORLD making it a hot study destination for Indian students with ample opportunities to explore.