Surrounded by the Indian and Pacific oceans,Australia is separated from Asia by the Arafura and Timor seas, with the Coral Sea lying off the Queensland coast, and the Tasman Sea lying between Australia and New Zealand.

Cranberra is the capital of Australia&Melbourne is the largest city.

Climate :The climate of Australia is significantly influenced by ocean currents, including the Indian Ocean Dipole and the El Niño–Southern Oscillation, which is correlated with periodic drought, and the seasonal tropical low-pressure system that produces cyclones in northern Australia. These factors cause rainfall to vary markedly from year to year 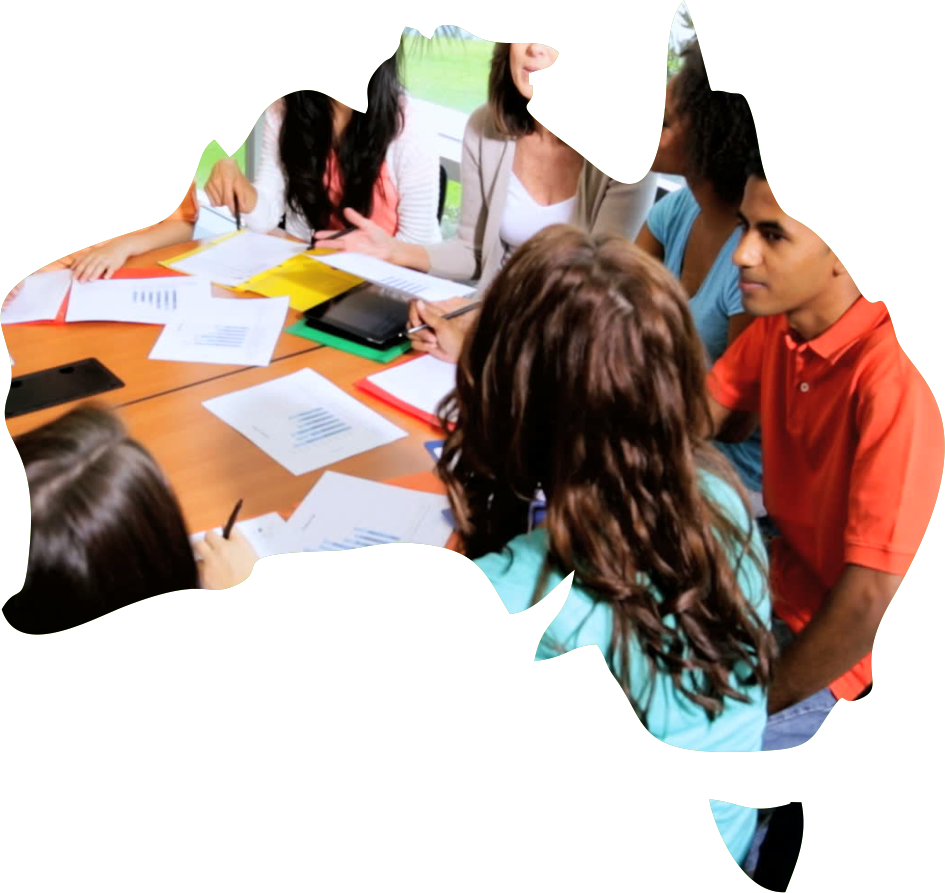 Why AUSTRALIA over other country:

As written above Australia is the upcoming popular destination after USA. Secondly has less population compare to other country. Australia has a proper 2 years Master degree which are globally recognized.

Australia has 37 government-funded universities and two private universities. Each course in Australia are The Commonwealth Register of Institutions and Courses for Overseas Students (CRICOS). There are G8 Universities also out of 37 Universities. Below are the name of the G8.

ELICOS : Student who do not meet the IELTS criteria, have an option of opting with Elicos.

Just to brief above degrees in Short.

Foundation: Student coming with less academic grades in 12thstd, will have to do foundation leading to Bachelor Degree. Bachelors: 3 – 4 year Duration.

Student who have less grades in Bachelor degree will have to do Master Qualifying program leading to Master 2 year degree.

Master : A 2 year degree with combination of taught & thesis.

PHD : A research with minimum 3 to 5 years with some universities giving a full scholarship to international students.

PN : Admissions are done as per the faculty assessment*

Bachelor : Overall 6 with no band less than 5.5

PN : Some program , do ask for 6 in every band & sometime some Sensitive programs 6.5 overall.

In recent years, Dublin has been growing as a home to many tech giants, including Adobe, TripAdvisor, AirBnB and eBay. Graduates can also get their feet wet working at many of Ireland’s fresh start-up companies, like Etsy and Soundwave.